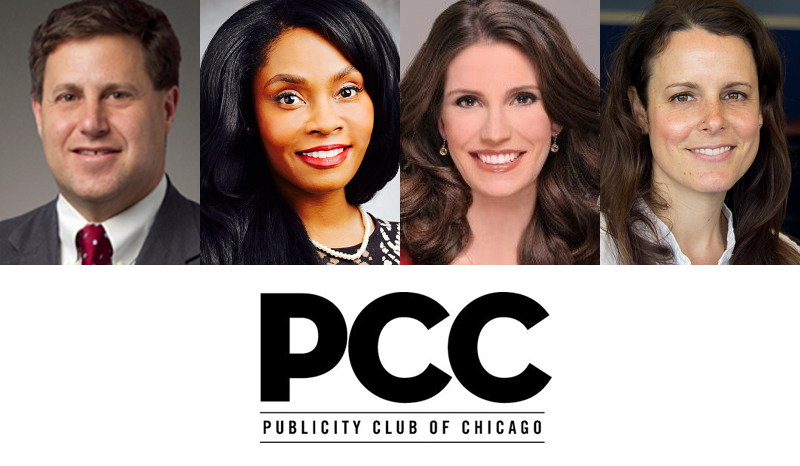 The Chicago metropolitan area is home to more than 100 hospitals and dozens of healthcare-related businesses and associations. As a major medical hub, the landscape for Chicago healthcare news is extremely competitive.

Be sure to join the Publicity Club of Chicago for our luncheon on March 11 to get your "Rx for Healthcare Media". Attendees will hear from some of Chicago’s leading healthcare journalists about how to stand out in this competitive market and get your stories on air, online, and into print.

Scott Becker is the publisher of Becker's Healthcare's portfolio of publications. As a partner at McGuireWoods in Chicago, he provides counsel to hospitals, ASCs, surgical hospitals, pharmaceutical companies, single- and multi-specialty medical practices and a variety of healthcare industry entrepreneurs. Mr. Becker received his JD from Harvard Law School and his BS in finance and accounting from the University of Illinois at Urbana-Champaign.

Stephanie Johnson currently serves as Vice President of Communications and Product Strategies for the American Medical Association’s (AMA) Improving Health Outcomes business unit, where she leads the development of integrated national communications and engagement strategies in concert with some of America's leading health organizations to improve chronic disease in the U.S.

Prior to her position with the AMA, Stephanie served as Vice President of Public Affairs for Advocate Health Care, Illinois’ largest integrated health care system. In this role, she was instrumental in building Advocate's profile as one of the nation's largest Accountable Care Organizations (ACOs).  Before her career in public relations, Stephanie spent more than seven years as a journalist-- serving as a segment producer for ABC News, New York and as a freelance producer for the Chicago bureaus of ABC and NBC News. Additionally, Stephanie was morning co-anchor for 16 WAPT News, the ABC affiliate station in her hometown of Jackson, Mississippi. Stephanie holds a Bachelor of Science degree in broadcast journalism and a minor in speech and dramatic arts.

Lauren Petty joined NBC 5 as a reporter and fill-in anchor in January 2012. She regularly contributes to our morning newscast. In addition, she also contributes weekly medical stories to all newscasts.

Petty comes to Chicago from WVIT, the NBC-owned station in Hartford, Connecticut, where she worked for more than six years as a reporter and weekend anchor. Prior to WVIT, Petty worked at WICD in Champaign, Illinois, and at CNN International in London as a field producer and desk assistant.

Petty and her husband, Doug, live in the western suburbs with their three young daughters.

Kristen Schorsch is a reporter on WBEZ’s government and politics team, covering Cook County and public health. Previously, she covered health care, government, crime, courts and news of the weird (think coffin parties) for Crain’s Chicago Business, the Chicago Tribune, the Daily Southtown and the Iowa City Press-Citizen. Kristen has a bachelor’s degree in journalism from the University of Illinois and is a proud Daily Illini alumna. Follow her on Twitter @kschorsch.